Through the last decade there has been an exponential increase in the number of publications on the “Dark Triad.” These are the three traits of narcissism, psychopathy, and Machiavellianism. Individuals high on the spectrum of dark traits engage in risky behavior, hold a grandiose view of themselves, are overconfident, show little empathy for others, and have little shame or guilt. The literature so far indicates that this constellation of traits may have unfavorable consequences for other people, organizations, and societies.

InteRRaCt Lab’s research stands in stark contrast to the popular work on positive personality traits and, is fueled by the desire to explain the following contradiction: If dark personality traits are indeed so socially toxic, why do they persist and are even on the rise, in modern societies?

“One’s reputation, whether false or true, cannot be hammered, hammered, hammered into one’s head without doing something to one’s character” (Allport, 1954, p. 142). Allport’s quote speaks to the core of the lab’s work: If societies are becoming more individualistic—and at the same time dark personality traits that may promote self-interest are heavily stained by moralistic terms about good versus evil personalities—then any association between dark traits and socially toxic outcomes may have been influenced negatively by societal stigma and negative expectations about these traits.  The Lab’s objective in this line of work, that is still in its infancy, is not to rehabilitate dark personalities, but rather to contextualize them in a complex web of societal costs and benefits. In that regard, research in the Lab has focused on narcissism, as a first step, in order to highlight some positive sides of this seemingly dark trait, such as showing resilience and increasing school performance.

The Lab’s research promotes diversity and inclusiveness of people and ideas by advocating that dark traits, such as narcissism, should not be seen as “either good or bad,” but as products of evolution and expressions of human nature that may be beneficial or harmful depending on the context. This move forward may help to reduce the marginalization of individuals that score high on dark traits, thus offering research-informed suggestions on how best to cultivate some manifestations of these traits, while discouraging others, for the collective good. 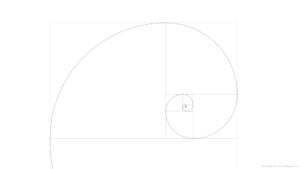